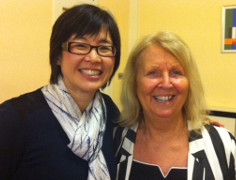 Unconscious Bias is something we all have, yes even you! Unconscious Bias is our way of categorising people automatically without our even thinking about it. For example we may think of men as leaders in traditional male roles and of women in traditional female caring roles, and we ascribe certain attributes to women as typically female and to men as typically male. Some say it is because we are ‘cognitive misers’ because  biases save us having to think too much or too deeply. There are all sorts of biases. We categorise people on the basis of gender, race, religion, right-handedness, sexual orientation, marital status and age to name but a few. We don’t see beyond the group and simply ascribe all sorts of characteristics to a person based on the stereotype that we have come to believe unconsciously about them through our socialisation. Unconscious Bias stops us seeing the person as an individual with all their unique abilities and characteristics. Typically, traditionally people in a position of power and influence are more likely to recruit people who are more like themselves which may blind them to an individual’s merit, qualifications, talents and capabilities.

Unconscious Bias is often used to explain why women miss out on Leadership opportunities from the original recruitment to posts, to why they are bypassed when it comes to job promotions and even why they are not invited to speak at conferences or on media on topics where they are experts. Prof Eileen Drew Director of Trinity College’s WiSER department invited Dr. Joyce W Yen from the University of Washington to talk to them about her work and studies on the whole are of Unconscious Bias. Afterwards she talked to us for the Women In Leadership podcast on the whole area of unconscious bias and even she admits to having been surprised by her own Unconscious Bias!

WiSER stands for Women in Science and Engineering Research. The interview was recorded in Trinity. The background noises are just some lads playing football as boys do… or is that an unconscious bias assumption?