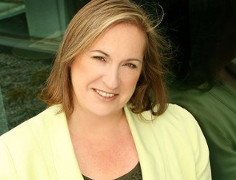 Danuta Gray features in this podcast from Women In Leadership. It was recorded in 2014 as part of the ‘Leading Women’ Radio Documentary funded by the Broadcasting Authority of Ireland. Her advice to both men and women on developing their careers and stretching yourself outside your comfort zone when it comes to leadership, is very relevant.  For women she has particularly good suggestions for career advancement, on not ‘waiting to be asked’ but seeking out new career opportunities. You would not think it to listen to her that she was not always a natural communications person. It is a skill that can be learned she says and comes with practice .

Her core belief is one of absolute respect for every human being no matter who they are or where they have come from and it is a fundamental one that has stood to her throughout her career.

Danuta Gray was CEO of Telefonica O2 in Ireland from 2001 to 2010 a time of huge change in the telecommunications business. She is a much sought after board member and has served on the board of Aer Lingus, Telefonica O2 and Irish Life and Permanent. She is currently a non executive director of Almermore Bank and Paddy Power plc.