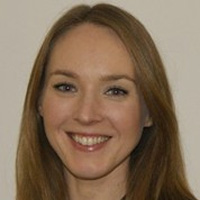 Louise Glennon is Women In Leadership Officer with the National Women’s Council of Ireland. In this episode of the podcast she says we need to get ‘game changers’ those women in existing leadership positions to leverage their position and to show that the issue of quotas and targets for gender equality in leadership roles is not just a matter for left wing feminists that are interested in it, it is broader than this.

Louise says that there is a need for more data to see where women are in the pipeline to senior leadership positions in the workplace, in the Dáil and in media. She believes in gender audits and thinks that with more data, making the case for gender equality would be better, because we then we would see where the blocks are for women especially mid career.

Louise Glennon and the National Women’s Council of Ireland are strong supporters of the gender quota for political parties whereby they have to have a minimum of 30% of either gender on the ballot papers.”Aspirations are fine but it is not until we get clear targets that we are going to achieve anything and the quota is that clear target.” She says the quota will have to be given time to work -for at least three elections- to see its true impact as has been the experience in other countries.  “People want women they want diversity and they are looking for change”.

Where gender inequality occurs in the workplace she says people are often fearful of ‘calling in out’ for fear of repercussions but she believes if we want to see more women succeed and fulfil their career ambitions, then policies and procedure that preserve inequality have to be identified and rectified.

Her own career advice for women is to ‘go for it’ and trust in the people who gave you the job in the first place. If they have faith in your abilities you should trust their judgement.