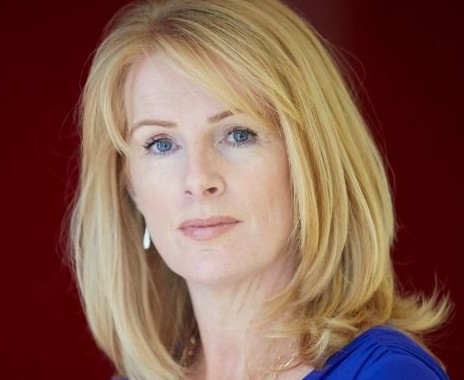 There’s Something About Catherine

Catherine Guy is the only woman to head up one of Ireland’s Top Ten law firms. She is not the first and won’t be the last but she is unique at the moment. ByrneWallace has almost 50:50 female to male ratio though all its leadership teams and Catherine believes that this has been good for business on so many levels. “The mixture and the interaction between men and women is just so beneficial to a business, so beneficial to decision making, so beneficial to proper and challenging debate that actually gets you to the right decisions at the end of the day.”

Taking Responsibility For Your Own Career

Catherine didn’t have an easy or straight rise to the top and recalls resistance she met along the way in her early career. Speaking about only her own experience Catherine says she sat for months waiting for someone to notice how great she was. “I was doing a great job and I was churning out the numbers, managing the client relationships, and I waited for someone to notice that, and then it finally dawned on me that nobody was going to notice unless I actually went out and said it. That’s what started the discussion, which initially didn’t go as fluidly as I would like it to have gone, but ultimately was successful.”   She sees the same trait in many of the younger people in organisations today where there can be a tendency for both young men and women, who are so sophisticated and confident in many ways, to sit back and wait to be noticed. Her advice for any young career minded woman or man is to chart their own course. “You need to take responsibility and ownership of your own career”. It is something that is probably lost on younger women and younger men she believes. “They still don’t take responsibility and ownership, not in a threatening or an aggressive way, but actually feel responsible for making their own development as opposed to expecting an organisation, or management, or the world to recognise it for them.”

ByrneWallace have mentoring and leadership development through their own mini MBA in the last year or two to partners and associates both men and women which has been very good. “It’s about personal development, coaching skills, communications, recognising your own personality, how you communicate and how that comes across to other people.”

“I am not bad in a crises and I would not have said that 10 years ago. I have learned that most things won’t kill you and the world doesn’t end on most things.  I have learned to be more considered in my thinking and not to be reactionary or knee jerk in my thinking and that is important. I really like people and I am interested in how people develop and in supporting people in getting to the best point that they can and happiest point that they can. They are the flip side of the same thing.”

Catherine Guy is a convert to exercise not only because it is good for your fitness and bone density she says but also “because it gives you headspace and helps you to manage stress better.” As part of the ByrneWallace work-life balance programme they subsidise personal trainers to come in the firm three times a week to do a bootcamp in the carpark so that people can get some fitness in during the working day. They also provide paternity leave but this has not been taken up as much as they had anticipated. “Paternity leave is part of what we do” she says. “Relatively few men take it up in its fullness and in its entirety. Even my male colleagues here whose partners or wives have babies, the focus for them seems to remain on the maternity leave and not the paternity leave. It’s there but it s just not taken up as much as I thought it might be.”

Catherine came  from a very matriarchal family and has three sisters and strong mother. She has been influenced by a long line of strong women, mother, grandmothers and great grandmothers who were formidable characters in their own right “probably out performing anything I have done in their own context”. She had a tough act to follow  and says that “being a Managing Partner in a law firm seems all very grand but when I look back at the life experiences that my grandmother and mother have dealt with,  it probably far out strips anything I have done in terms of bravery, in terms of challenge application of sheer intelligence and entrepreneurism in terms of my mother. ”

On Her Legacy To Her Two Sons

Catherine says that in her role as a mother she would like to think  that she would be strong enough to provide confidence to them, a clear sense of direction and a clear sense of leadership, to know that nothing is impossible, to know that you can do anything once you set your mind to it, “to instil in them a strong work ethic because that has been the single biggest thing that has been imparted to me by our mother and grandmothers.”

Her advice to young women with ambition to succeed in their careers is twofold. First is from the book title ‘Feel The Fear And Do It Anyway‘. “When you are looking at a piece of work that you have a blank spot about,  maybe a difficult conversation with a client or  with a colleague, I think you have to take a deep breath and go in and do it anyway.” The second is from her grandmother who used to say “you will never learn younger” that is do the thing now. “It is about feeling the fear factor, acknowledging the challenge and getting stuck in and doing it notwithstanding”.