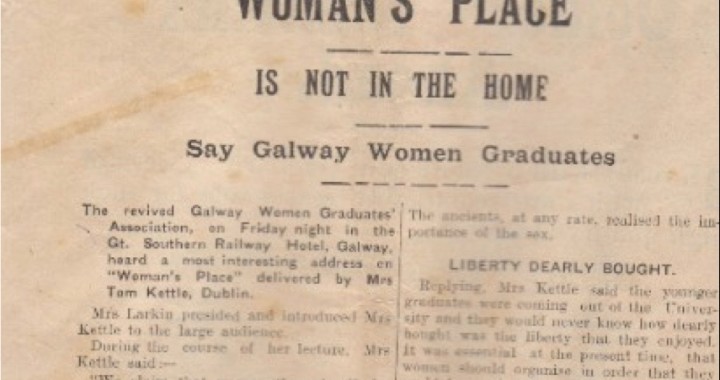 DUWGA is the Dublin University Women Graduates Association (Trinity College). Last Autumn DUWGA under the Presidency of Marion Courtney McKillen hosted the 2015 Irish Federation IrFUW Annual Conference. The DUWGA AGM is on this Saturday 23rd January in Trinity so we thought we would share one of a series of short interviews here to reflect on progress of women in third level and of women graduates.

Marion Courtney McKillen’s theme of ‘Women Inspiring Women Across the Generations’ struck a chord with everyone there and especially the idea of mentoring younger women who despite being qualified with degrees they have worked hard for, will encounter unconscious bias in their future careers most likely.

Outstanding speakers delivered inspirational and uplifting presentations on the theme of “Women Inspiring Women Across the Generations”. Dublin University Women Graduates Association and over 60 delegates attended. In addition to representatives from all the Irish Associations,  a number of delegates attended from abroad, including members of the British Federation of Women Graduates (BFWG) with its president Gloria Banner, Dr Fiona Sutherland of the Scottish Federation of University Women (SFUW) and Daniele Castle, Executive Director of Graduate Women International (GWI,) who travelled from Geneva to deliver the keynote address.