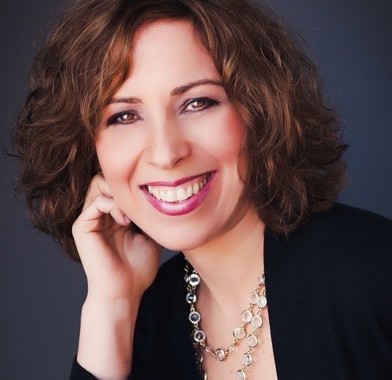 Most women are great at advocating for others but when it comes to advocating for themselves that is a different story. So says Esther Weinberg of the Mindlight Organisation. Esther talks about strategies for women who want to have successful careers in any organisation but especially in the Media, film and TV industries on the latest podcast and she is a breath of fresh air.

Esther is a leadership expert who works with media companies to predict, prepare, and practice the art of change. One of the best pieces of advice she offers is to have a good look in the mirror and ask yourself ‘how am I presenting to other people’. Prepare and be aware of your own feelings before you go into a meeting and ask yourself if they are real or just a personal perception. We all go about with baggage so she advises leaving it outside the door when you go into a meeting or a new situation.

“Stop being in the judgement zone for yourself and instead say to yourself I have the right to be in this room.” After you do that Esther says to ask yourself “How can I be in the room in the best way possible.”

Esther Weinberg is finishing her book “Leadership Hollywood Style” at the moment with her co-author from the Oscars, in which they share how to produce, direct and create star performers. It is based on her 20-year track record in media industry.