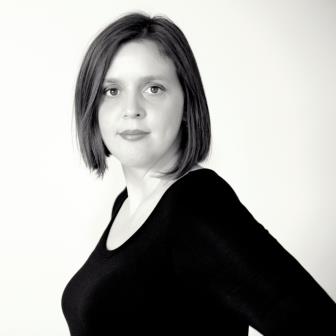 ‘What we treasure we measure,’ is the motto of Dr Anne Laure Humbert who is a senior research fellow at the Global Centre for Gender and Leadership at Cranfield University in England.

She is an expert statistician who analyses complex sets of data to see what is really going on and to analyse the effectiveness of various targeted actions such as gender quotas and equality development efforts. At an event in Trinity College Dublin she spoke about the effectiveness of quotas in delivering gender equality on boards and senior leadership teams.

Debate on quotas is controversial in Europe she says, adding “yes they work but are they desirable?” What is important she believes is the context in which quotas are implemented.

Contest matters greatly she believes and adds, “in our research from panel data ranging from 2005 to 2014 we do find support for the fact that in more gender equal countries we have greater participation of women on boards. We also find that there are more women on boards in countries that have implemented quotas.  What is interesting is that when we test for the interaction of gender equality and quotas we find that this is what matters together with gender equality. In summary what this suggests is that there cannot be quotas independently from making sure that we push for societies that are more gender equal.”

Dr Humbert argues that in the context of the EU and in many national contexts, where the business case is put forward to the detriment of an argument for social justice or fairness ‘that is something that is dangerous.” She believes that we need to see the two as completely related and that there is a need to place the argument for fairness and social justice at the heart of the debate.

The ‘Golden Skirts’ concept Dr Humbert believes is actually a fallacy and that it goes to the heart of discussions seeing quotas as a ‘threat’ to what is seen as a meritocratic system, when it is in fact far from meritocratic.

“It makes assumptions that as a result of quotas, unqualified women will be appointed. That is not supported by evidence at all. There is no reason, given that women are now as educated as men, if not more, given the younger current generation, that we do not have a qualified talent pool of people.

I think it is also a reaction from some men, because implicitly when you have quotas, you deny some men from the opportunity to be appointed on boards. This has been very eloquently described in work of Dr Jude Brown at Cambridge and discussed in terms of whether or not it is reasonable for some these men to feel entitled to these positions.”

Dr Humbert also argues that the reality for most women is that they will never come near C-Suite positions and that we need to focus on the roles of women further down the management pipeline.

“We are starting to have data to measure what is happening in EU Countries and we certainly have data from lower down in organisations through labour force surveys, but we do not fully understand yet what is happening in the levels below the C-Suite.”  This area of study is imperative she believes because we need to know what is going on so that we can develop more diversity and more inclusion policies, “so that later we can truly have a situation where we can have equality in leadership without having to resort to quotas.”

She believes that when we talk about quotas we talk about rectifying the underrepresentation of women. “But sometimes it helps to flip the problem and ask why is it that we do not talk about the ‘overrepresented of men.’

Can we not see this framed very differently and see that at the moment we operate in a system which is riddled with power relations and in which there are already quotas albeit implicit ones.”

Dr Anne Laure Humbert was recorded in Trinity College Dublin before speaking at a WiSER event .