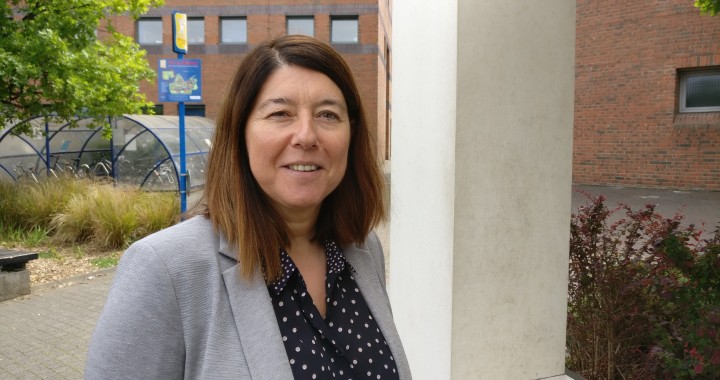 Why We Can’t Wait for Change

It is going to take 180 years if we want to wait for gender parity, according to Sandra Healy Head of Diversity and Inclusion at DCU. Sandra is one of many women in leadership in Ireland today who is not prepared to sit around and wait for that change to come and so she is very active in promoting diversity and inclusion not only in her own organisation Dublin City University but also in many organisations that she is involved with.  “When a woman is the right organisation, surrounded by the right people, she is unstoppable.” Being able to bring your whole self to work is an important part of the future of women in the workforce.

Sandra Healy believes that you should be able to talk comfortably about your family and talk about your life when you go to work because a third of your life is spent at home and another third is spent in that organisation. “If there is no link between the eight hours of your (home) life and the eight hours of your work life, then that’s not a good place from a psychological perspective. I think that’s why it is important that companies have Diversity and Inclusion policies and have a focus on building an inclusive workplace, so that when someone is interviewing for an organisation or comes into an organisation or is thinking of coming into an organisation, that they have an understanding of the culture and the values the belief of that organisation and they can bring their  ‘whole-self’ to work and if that includes family that includes family.”

Sandra Healy is a champion for equality in the workplace and in society. To say she has worked in a variety of workplaces is an understatement. Sandra has carved out a career in technology, telecoms, she has worked in graphic design in Harrods, led teams in Vodafone and now as an academic Sandra has become a real expert in transformational leadership and change. She is also involved with all sorts of organisations and networks and is a firm believer in the value of networking. She is also a big believer in the power of transformational change in driving organisations to be more successful and to have happier workforces.

“There are equally men and women that are transformational leaders but from a stereotypical qualities perspective, perhaps it is more conducive to a style of female leadership.”

Among her Pearls of Wisdom she shares on the podcast for women are to Promote Promote Promote themselves! Blow your own trumpet, women really need to do this she says. If you have worked hard on a project then use the STAR Formula to structure what you want to say about your contribution. S the situation, T the task, A what you achieved and R what were the results. Another of her Pearls is Networking build both external and internal networks and start doing this early in your career. She also says get out of your comfort zone and challenge yourself regularly. For her that meant getting active on #twitter having lurked for a year or so she took the leap to tweeting and engaging on a daily basis. There are some more pearls and many words of wisdom from Sandra Healy on the podcast treat yourself and have a listen now.

To Sponsor and advertise on the podcast contact us through info@womeninleadership.ie

Sandra Healy has a masters degree in Organisational Psychology. Sandra is part of the IBEC Diversity Forum and represents DCU and Vodafone in the 30% Club.