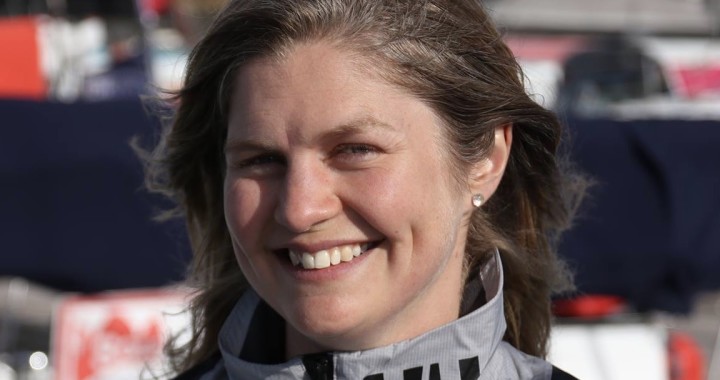 Joan Mulloy is a solo sailor from Mayo on the west coast of Ireland. She’s on top of her game, having done some serious races in the sport – like the Figaro last year where she was the first Irish woman to complete this race.
She’s gearing up for the Vendee Globe – the Everest of sailing that happens every 4 years and is the race that made Ellen McArthur famous. This race last happened in 2016 and had NO women in it.

Joan would be the first Irish woman ever to participate in this race if she can make it to the start line in 2020. “It’s the pinnacle of offshore sailing and the pinnacle of endurance sports. Less people have done the Vendee Globe than have gone to space. It’s out there in terms of human endeavour and pushing yourself. We are trying to do something special for Irish sailing and for Irish women as well.”

Joan Mulloy is an engineer having graduated top of her class in NUI Galway only a few years ago. After some successful years working on oil and gas testing, the pull of the sea was too strong and she has decided to dedicate the next years of her life to the sport. One thing she does credit her engineering degree with is how it helps her approach difficulties. “Problem solving is about your confidence. I can think I am an engineer I can solve this problem. I might not have learned anything in engineering to help me with a problem but I can have the confidence to say I am an engineer, I can figure this out. “
In the podcast she talks about solo and team sailing and how she manages the discipline needed for success in it. “The human element comes so to the fore when you are out at sea.” In solo sailing this is especially true she says. “Your own self management becomes part of the performance management for the boat. Burning out is an absolute disaster.”
On the difference between men and women and how they solve problems Joan Mulloy believes that gender is not really a factor from her experience. “As sailors we come in off the water and we have all had the same problem.  You could have twelve people in the room and twelve different solutions. So you won’t have 8 women doing one thing and the 4 men doing another thing.”

In addition Joan advises drinking water and looking after your body.

Not surprisingly her two favourite songs pick up on the theme of endurance and resilience. One is the London Grammar song ‘Strong’ and also Sia’s ‘The Greatest’ and the key line she loves from this is ‘I’ve Got Stamina’. She is going to need both strength and stamina for her future sailing challenges and she looks like a woman with plenty of both. All she needs now are some sponsors for 2020 for the Vendee Global. 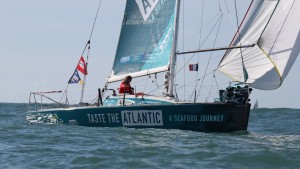 Joan Mulloy’s current sponsor is BIM (The Irish Fisheries Board) and she says they have been incredibly supportive and she is running with the ‘Taste Of The Atlantic’ on her boat. Her dad is a mussel farmer so it is a good match.