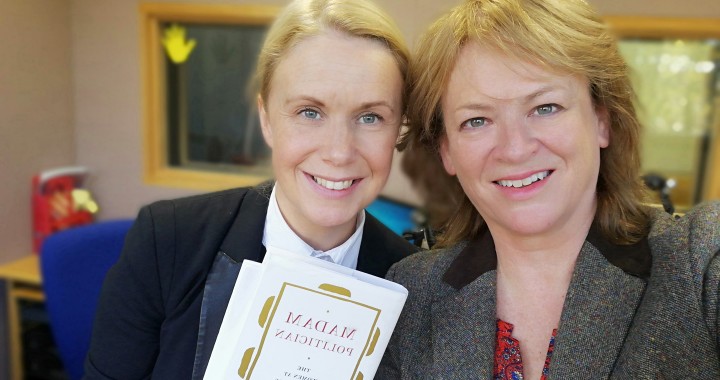 Martina Fitzgerald RTE’s Political Correspondent talks about the progress women politicians have made in Ireland as well as their struggles in this podcast. She also talks about the stories she uncovered from talking to the women she interviewed for her book ‘Madam Politician’ some of which had never been aired before.

In the podcast Martina picks up on some of the issues that emerged from her conversations with these women such as the difficulty in simply having their voices heard at a party meeting, at the cabinet table or across the floor in debates in Leinster House. Dealing with various levels of sexism seems to be a permanent problem that all the women faced. Also ever present in their stories is the focus on physical appearance and comments from both women and men on everything from their weight to the length of their hair. Several stories stand out and Martina recalls the Bra Strap pulling story of Gemma Hussey by Charles Haughey, the Taoiseach (Prime Minister) of the day, which she found shocking, and embarrassing and took 40 years to speak about.  Gemma Hussey as Minister for Education was also groped at a teacher conference and the perpetrator never apologised to her, although others did.

These women’s stories are dramatic, colourful and inspiring and are woven together by Martina in a very readable way in the book. Niamh Bhreathnach a former Minister for Education in 1990s had an incident in the Dáil with another male colleague where she was pushed against a painting. She feared she had damaged it, which she hadn’t, and when she confided to another the next day about the incident, the comment to her was not to worry about it as HE would never remember it.

Simple practical problems that women had to contend with years ago were the absence of female toilets near to the Dáil chamber. The dramatic effect that the gender quotas for women on ballot papers has made a big difference Martina believes but there is still a long way to go. The job of public representative is still not attracting younger women into politics despite recent campaigning by many younger women for both the Repeal The 8th and the Marriage Equality referendums.

“There has been a mobilisation of young people but it is difficult for women,” Martina says. “Many former ministers have pointed out that they see many ambitious young men coming forward to join in colleges in terms of political parties but less young women, although they are more mobilised.”

For anyone with an interest in politics or making a difference in politics ‘Madam Politician’ is a good place to start your research to see how far we have come in Ireland in terms of women in leadership. To quote an old Fianna Fail electioneering slogan from 2002, A lot done, More to do!

‘Madam Politician’ by Martina Fitzgerald is published by Gill Books 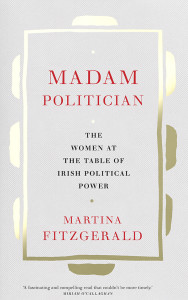 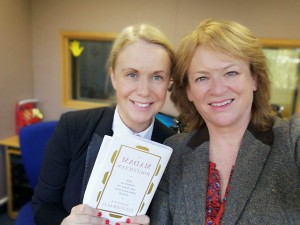