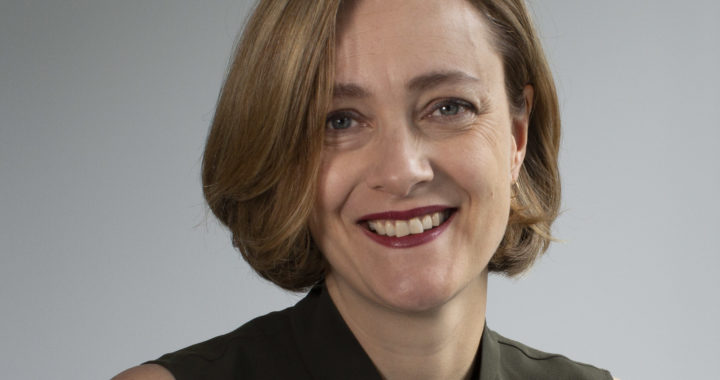 Emily Foges is CEO of AI Tech company Luminance, an Artificial Intelligence company that makes tailored technical solutions for the legal profession.  What it does is combine pattern recognition technology with supervised and unsupervised machine learning to read and understand human language. It is used by over 200 law firms and organisations across 46 countries and six continents worldwide and Emily has been the driving force leading the business which was started by mathematicians in the University of Cambridge in England.

80 per cent of the job is listening

Emily worked in the fashion industry and in Mergers and Acquisitions before moving into artificial intelligence but sees many similarities between the fashion process, M and A and her current business Luminance which she talks about in the podcast. One of the most important things she believes is core to any business success is listening. “Eighty percent of the job is listening” she says, “forty percent to the client, forty to the teams and the rest is doing. Understanding what is going on and have a really good radar for all of those things is absolutely vital. Sometimes that can be a little bit frustrating because it can feel like you are not really doing anything, but there is no point in crashing about if you haven’t really listened and really understood.”

Emily Foges did not set out to work in a technology company but as she says most businesses are technology businesses now anyway. She was working in M and A figuring out how to make organisations work better together.

“So often, people buy companies then they realise a few weeks down the line that they didn’t buy what they thought they did.”

Emily used to look at due diligence reports in her work as as integration director and sometimes she would find it difficult to even get hold of the report. She realised it wasn’t being taken seriously enough even though a lot of money had been spent on getting the due diligence research done beforehand. This prompted her to go and work with start ups.

One of the things Emily and her Luminance team learned early on from their first three clients at the International Bar Association Conference – who were Norwegian, Dutch and French among others- is that AI Technology is language agnostic. “Because we are using pattern recognition it doesn’t matter what language you are working in. That hadn’t occurred to us until our customers pointed it out to us. “

The current COVID19 crisis is pushing people and businesses to reach for new technology and to try new ways of remote working and this is effecting Luminance’s customers too.

“The feedback we are getting from customers at the moment is that the technology really allows them to collaborate. You have lawyers sitting in all of their homes carrying out their workout at least as effectively as when they were working in an office together. “Law is one of the bastions of presenteeism. The idea of working from home is not that acceptable, so that is changing now and they are recognising the benefits of it.”

Flexible working Emily believes is being accelerated which is good for a lot of people. This is affecting families and individuals both men and women.

“When I go to the school gates there are as many men there as women certainly nowadays.”

“Take care of the vision and a lot of the work will take care of itself” is also one of the most important business mantras she holds dear. This is something we hear often on the podcast. Lazer focus on the company’s core business is one of Emily Foges secrets of success.

Emily Foges Musical choices change all the time. She has three daughters in their teens and they are a big influence. “Whatever the kids are into, at them moment it’s Lizzo or other times it could be Vivaldi.”

One of Lizzo’s albums is called ‘Big Grrrl Small World’ so maybe its appropriate for Emily Foges who is making her mark in the tech and AI world! Emily is well worth a listen now on the podcast.