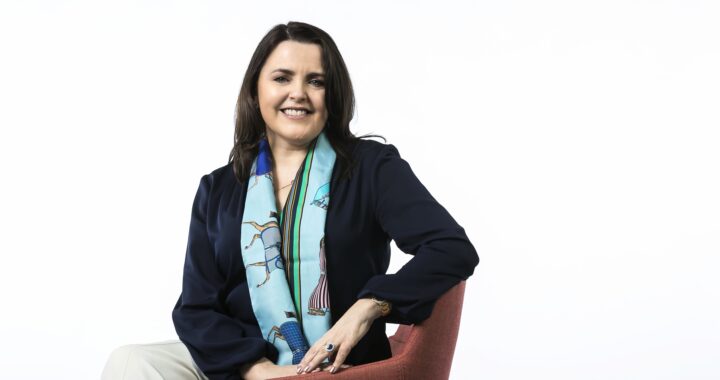 Focussing on the Big Picture

Dr Michelle D Cullen is a familiar name to anyone who follows equality and particularly gender equality initiatives and issues in Ireland. Dr Cullen is a Managing Director in Accenture in Ireland and has been involved with the Women On Walls initiative with colleague Eithne Harley. This began with artists being commissioned to paint the portraits of notable Irish women in science for display in the Royal Irish Academy -where there had previously been a dearth. Dr Cullen and her team also organise what is usually the big ticket International Women’s Day event in Ireland in the Convention Centre. It is packed out at 7 in the morning and they put on quite a show. Providing a forum and a focus for debate on gender equality every year on such a big scale gets people thinking and talking not only on how far we have come, but how far we have yet to go. “I do think that unless we consciously focus on the big picture, then old inequalities will be simply replicated in new ways” she says on the podcast.

Dr Cullen says that in the early stages of diversity initiatives, the energy went into seeking out ‘exceptional’ women. “It could be called a little bit ‘find the women’. Women were told to step up and to lean in, to lead – told there were no barriers and maybe some exceptional women were held out as an examples for others to follow and while it was a good starter, that phase didn’t really do a lot to challenge the underlying inequality,” she believes. “International Women’s Day provides a moment yes to celebrate but also to reflect on that. In the early days for me it was often by and for women, there might be a few brave men in the audience but it was primarily a women’s network and gathering.”

“The next stage was critical but you also might look back and say that  that was about fix the women.  It was often well intentioned. The  women were offered confidence training, encouraged to lead, to be more like the men and I think that phase also led sometimes to some good changes in policy and process but it could be uncomfortable for many of us and it could lead to generalisations based on gender.”

Dr Cullen believes that over time the conversation has evolved. “The problem has now been reframed to look at the structural and biased inequality that exists and that really has been a fundamental shift in how we provoke change and how we sustain change. That phase led to ‘Women on Walls.”

Dr Cullen is passionate about gender equality but also firmly believes there is a business case for inclusion of all voices and talents. “Where a culture of equality exists, the ability and the willingness to innovate is six times higher than in those companies where it is less prevalent” she says in the podcast.

Culture and Perception – I Got A Feeling

Accenture commissions research worldwide every year in 28 countries in advance of International Women’s Day and there are certain topics that they cover every year so that they can monitor any change in perceptions. Participants are asked about how they ‘feel’ about various issues in diversity and inclusion in the workplace.

The research has been asking the same 9 culture related questions over the last three years to help build a picture of perceptions of how leaders are building an inclusive culture. Questions include ‘Does Your organisation state its gender pay-gap goals?’. ‘Is your organisation committed to progressing, hiring and retaining women?’ “This is used to create a score-card to gauge employee perceptions. Are they going up or are they going down. What’s been really interesting is over the three years those perceptions have remained the same.” Although expectations are increasing, the results often show a divergence between the perceptions of leaders and employees in organisations she says. “Leaders tend to say a culture of equality is important. They think their organisations are doing well, but employees may think very differently. In fact the proportion of employees who don’t feel included in their organisation is ten times higher than leaders think it is. So that ‘feel’ is very important, it is huge.” Despite growing awareness the progress is not fast enough she believes and so the focus on equality and inclusion must be constant and sustained. “You need culture makers, people who understand the value of an inclusive culture and who are doing what it takes to lead and to drive that change.”

Social media particularly twitter can be a cruel place for women but Dr Cullen believes that it can also be a great way to amplify women’s voices and that new media gives access to people who traditionally are less represented. In response to anecdotal evidence that women often walk away from a difficult work situation that they find themselves in, rather than raise their voices, Dr Cullen sighs and says “what a loss  to everybody, what a missed opportunity for society and also for that woman. I do think in an organisation you can consciously and intentionally have people amplify one another,  look out for one another. You can have sponsorship and mentorship, you can have  the sort of networks where people can find support to be able to use their voice and let everyone know that you have their back. “

Among workers over fifty, women are five times more likely to leave work to care for others. A survey by the OECD found that 75% of all unpaid work is done by women and when it comes to retirement,  women often face a pensions gender gap so we do need to be alert to how things are changing and to be ready to move quickly, according to Dr Cullen. “These are conversations we have to have in business and also we have to have them at home with our loved ones and indeed with our sons and daughters. We have done a lot to change the world of work but I do wonder have we done enough to change the world at home, the world of parenting the conscious efforts of all parents is essential. ”

The best advice given to her around money was ‘don’t give up your financial independence or at least don’t do it unthinkingly.’

“It is so ingrained in the culture that women are ‘provided for’ and that affects all decisions both big and small. It means different things at different stages in your life. Getting that advice you need and maintaining that financial independence is very important to me and is something I would speak often to my daughter about” she tells the podcast . “Decisions that you make about going part time and thinking about the long term impact of it and if you are in a partnership, thinking among you, how you might balance the financial impact of that so that everybody maintains financial independence. I think that is really important.”

What Michelle D Cullens leadership shows is that if you are thinking of starting a simple networking event in your office today, a place for the under represented to use their voices, just think, you too could be planting the seeds to help reframe the debate around unconscious bias in your workplace. You could be helping a sister or a brother who is facing a similar unconscious or conscious bias battle. You could even be creating the next go-to IWD occasion. You could start using your voice and you just might find others who will join and amplify your voice. Even big pictures start with a simple brush stroke and a dab of paint.

More in the Newsletter

To see Dr Michelle D Cullen’s Pearls Of Wisdom sign up now for the newsletter on this website.