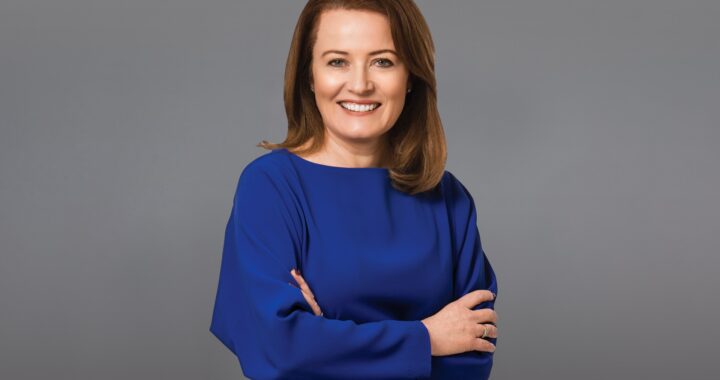 When Women Thrive, Everyone Thrives

Gender equality is now a serious business matter and one that both business men and women are on board with. “It’s really important to remember, this isn’t a zero sum game, we’re not saying let’s promote the women at the expense of the men.” Business and society can only improve if women are encouraged to stay and progress in their careers she believes. “When women get held back, everyone gets held back. When women thrive, then everyone will thrive. I think we need to see that it’s a very positive thing. It isn’t a negative thing for anybody.”

Rachel Hussey is the guest on this podcast and she is a partner with Arthur Cox. She is also the Country Lead for the 30% Club in Ireland. Rachel Hussey was listed as one of the FT 100 HERoes globally, for her initiative, Women in the Firm in 2009 for driving gender diversity and leadership opportunities for women in Arthur Cox. In the podcast Rachel talks about a wide range of issues relating to diversity and inclusion, ESG, maternity and paternity leave, maternity coaching and the importance of self belief. She also shares her Pearls Of Wisdom.

Resistance is Waning As Investors Ask About Diversity and ESG

While there are still some pockets of reluctance, Rachel Hussey believes that overt resistance to gender equality in business is disappearing because the business case is solid. “I think I think it’s becoming less popular to vocally say or to admit that you’re resisting. I’m sure there are some people who are still resisting, but I think there’s this wave of positivity around diversity now, and I do think people focus on the business case that it is definitely good for business.

Rachel Hussey says the wider business community now sees diversity and inclusion as much more than a nice to have but rather an indicator of the professionalism of the company. There are very serious business reasons for making sure that everybody gets promoted, and that everybody has equal opportunity. “You have external stakeholders and companies, like the investor community and Goldman Sachs saying saying they are going to invest in companies that have at least one diverse board member and leading to two now. (One must be a woman). Clients and our professional services firms ask the same question. So I think there’s a general movement.”

Women Are Not A Minority

“I think that if you can crack gender, you can crack anything, because I think the issues are complicated, but lots of other issues are complicated.” While there is talk about some of the other diversity focuses that are minorities, Rachel says it is important to remember that women are not a minority. She believes that if your organization becomes more inclusive, and diverse, it becomes nearly self-perpetuating. “I think it’s really important that the focus isn’t just on gender because I think it’s about that diversity, even cognitive diversity and neurodiversity, it’s about having different people with different perspectives in the room, which is inevitably going to lead to better decision making.”

Maternity and Paternity Leave. The Top Tier Sets The Example

When it comes to maternity leave Rachel says it is an important message to get across that if you have a 40 year career, even two or three maternity leaves are only really an irrelevance in terms of the amount of time involved. “The introduction of paternity leave is really important as well, because I think one of the whole drivers behind all the movement around gender diversity, is leveling the playing field. I absolutely don’t think gender diversity is about motherhood and maternity at all. I think it’s one of the issues but I think when men take leave as well, it does level the playing field.” She believes it’s important that the leadership team leads by example when it comes to maternity and paternity leave. “So we know it’s important that senior men take paternity leave as well and role model it and reinforce the message that it’s okay to take paternity leave. I think a lot of men are doing that. Obviously Mark Zuckerberg is the biggest example of that. It’s a cultural thing. And I also think that the next generation, a couple of generations behind us are much more expecting of men that men will be more involved than maybe they had been the case in the past. I think this is just an evolution on a number of levels, which are all kind of positive and leading towards an improved situation for everyone.”

1 Back Yourself People sometimes aren’t great at backing themselves and sometimes expect other people to do that. You realize, over the years that you have to own it yourself, and you have to back yourself and I think that involves a lot of things around not listening to voices in your head that maybe saying, ‘I’m not good enough, I shouldn’t be here’ and things like that. You deserve to kind of burst through that and ignore those. Just remember everybody feels like that from time to time. It is usually a temporary thing.

2 Invest in yourself Don’t give too much of yourself to everybody else, mind yourself as well.

3 Get A Mentor If you do get an opportunity to have a mentor or a sponsor, go for it, and even, seek them out if you’re in a work situation. Do seek out people because people like to help and they like to be asked.

5 Be Brave Take opportunities, even if it feels scary, just do it anyway. Don’t miss out on opportunities because you feel you can’t do it. On a day to day basis remember that you are very good at what you do, and if you’re in an organization, you’re there for a reason, and just go for it.

Rachel Hussey’s music choices seep up from her subconscious with strong meanings that reinforce her Pearls of Wisdom. “Hozier’s song called ‘Nina Cried Power’, that’s one of them that I listen to quite a lot. Then the other one is Stormzy ‘Own it’. I think this kind of message is there about power and owning things. When I look back at it, I kind of realize that maybe that’s what those messages meant to me.”