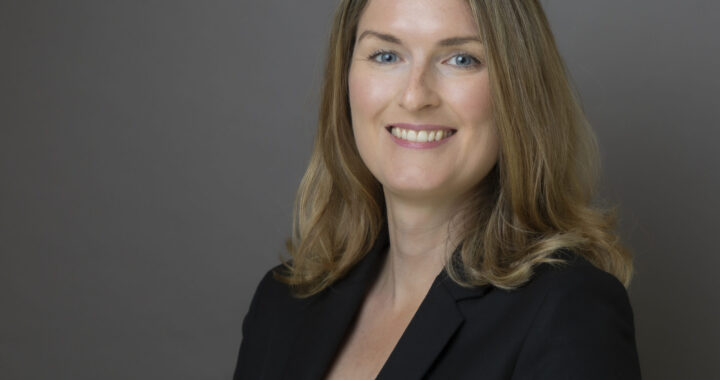 Dr Joanne Kenney is one of the Co Directors and leaders of WIRI, Women In Research Ireland, with Dr Susan Fetics. They are an innovative group who support women and minorities in research and academia in Ireland. WIRI provides support, advocacy and networking and learning opportunities for early stage researchers and academics, which they believe is badly needed.

“The main vision of our group is to drive equitable representation for women and minority groups in Irish higher education, and ultimately internationally as well. We work to build on an empowering, diverse, inclusive, community of underrepresented groups so that all voices can be heard in academic spaces.”

Women In Research Ireland was started by Saidbhb Byrne in 2017. “She realised that there was a lot of things that needed to be addressed, about women’s experiences working in university, – women and other minority groups. Dr Kenney says there is a need to have more open conversations about some of their experiences as early career researchers and academics.”

Dr Kenney believes that it is so important to have these spaces where people can speak freely and openly about some of the experiences or the difficulties that they’re going through. “It’s a difficult career, it’s not an easy career, for women and minorities. We know there are a lot of issues that we face in our careers for particular issues.”

Of those on the really precarious contracts, part time and short term contracts, 71% are women

The Statistics Tell The Real Story

Dr Kenney quotes the HEA Higher Education Authority in Ireland Report Institutional Staff Profiles by Gender Report 2019. “We see it in the stats that those in senior positions as professors, there are more males. Only 26% of professors are women in 2019. But then if you look to the stats for those on the really precarious contracts, like part time, short term contracts, that 71% are women. There is a real diversity problem in academia.” She also quotes a report from the European Commission. In higher education sectors women researchers are more likely than men to be employed under precarious contracts and they are more likely to be Junior positions.” The gender pay gap also plays a part she says, in that women academics are more likely to earn less and not to reach senior positions in universities. “That is just the reality of it at the moment, that is the system.” The correction of that system is what WIRI is all about.

Dr Joanne Kenney is now Assistant Professor in the Department of Psychology in Dublin City University but until recently has been working as a Research Fellow at Trinity College Institute of Neuroscience funded by the Irish Research Council. In her research Dr Kenney combined both of her areas of study and expertise, her engineering qualification and her psychology studies. Thanks to the internet and her networking skills she has been able to work with colleague in the University of Utah in ongoing studies. “I use brain imaging techniques like magnetic resonance imaging (MRI) to study the structure and the function of the brain in psychiatric and neurological conditions. So my main focus, and interest is predictive brain health modeling. I use techniques like machine learning for precision psychiatry. That means trying to identify early factors like biological, cognitive, or social factors that might increase someone’s risk of developing severe psychiatric problems, and that can ultimately help with early intervention strategies. She is currently leading a project at the moment within an international consortium called the ENIGMA Consortium, with Professor Emily Dennis at the University of Utah. ENIGMA is is a International Consortium and is made up of neuroscientists and researchers from all around the world. “We work together to combine large amounts of data to better understand the brain structure and the function of the brain in many conditions.”

Dr Kenney talks about one study she was working on, a collaboration between RCSI and Trinity College Institute of Neuroscience studying young adults who experience sub-clinical psychotic experiences, -which are not uncommon in young children and early adolescents. “Sometimes these experiences can put them at risk for developing problems later on in life, so it is trying to identify which individuals are more at risk for developing more severe psychiatric problems in adulthood because mental health issues usually emerge in adolescence. That’s when there are so many changes going on in our brains. Brains are developing rapidly, and sometimes that’s when some of these problems start to emerge. To have a better understanding of that and to have early intervention at that stage, could limit the suffering of people in later life.”

It’s so important to have mentorship and sponsorship. You really need someone mentoring you but you also need someone who is an advocate for you. Someone in a senior position who is going to speak up for you and mention your name at meetings. We know that that’s a key driver for success, especially moving into more senior positions. However women can find it harder to find mentors and sponsors, perhaps than their male counterparts.  I remember when I started moving into the next stage of the career as a postdoc, and a research fellow, the advice I heard was to ‘find a mentor’.” But finding a female mentor who’s in same field as you is not so easy she discovered.  Despite reaching out Dr Kenney discovered many women in senior roles were very busy in their own jobs and they had their own staff to work with. That is where the Aurora programme was a huge help. ” I took part in a women leadership programme in Trinity College this year.  It was run by Advance Higher Education, which is the UK Higher Education Authority. As part of this, we were allocated a mentor. This was someone who was in the university who was in a slightly different field. It was an official mentorship that we were assigned to, and they had signed up for it. That worked really well, because it was a structured mentorship scheme.” Dr Kenney believes that if universities could have a more structured mentorship scheme it would be really invaluable for junior staff, and early career staff.

Early on my dad would open savings accounts for us. He would have encouraged us to save cash, saving our communion money, confirmation money, and things like that. So I’ve got that ethos from a young age. When I started working he advised me to set up a savings account so that every month there’s a certain amount coming out of the salary by direct debit that goes into a savings account.  So start saving early and that will just grow over the years. That will help when it comes to the stage in life when you need a deposit for a house or other large project.

I know it is a bit cheesy, but maybe that song by Journey, ‘Don’t Stop Believing’. So it’s a song with that message that can just can pick you up and get you motivated.