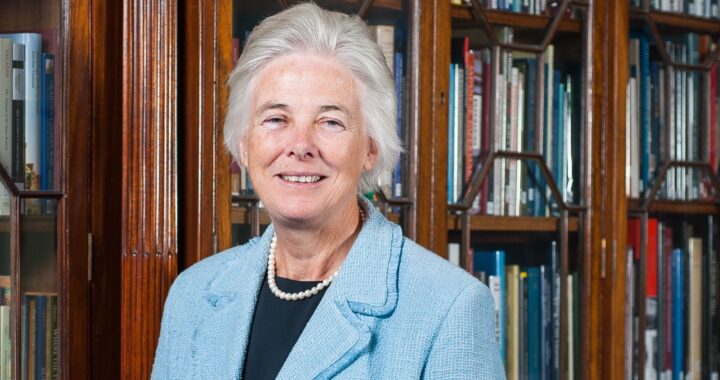 A Sense of Urgency and a Demand for Change

Doctor Catherine Day Chairperson of the Citizens’ Assembly on Gender Equality is the guest on the latest podcast for International Women’s Day.  Dr Day is the former Secretary General of the European Commission and in a wide ranging interview she talks about how the members of the assembly expressed frustration with the pace of change towards gender equality and that this came from both men and women. “I think it is a question of political will, not just at the political level, but also whether we the people want it and it was very striking when we asked people, why have you agreed to come to this decision assembly, most of them said, ‘I’m doing this for my children, for my grandchildren. I want them to live in a more gender equal society than I have lived in’, and I think if we can channel that mood, and that’s what we tried to do in the open letter.

‘I’m doing this for my children, for my grandchildren,

In the Mood for Change

The Citizens’ Assembly composed an open letter to the Oireachtas as well as publishing their report. “The recommendations are rather precise, and the citizens wanted that. They didn’t want a lot of waffle, they wanted clear messages to the political representatives.” She says that the Citizens’ Assembly wanted a way to convey the mood of the assembly, which was very strongly calling for change, and not just change at the margins, but big changes in our system to make it more gender equal. “So that’s why the letter ended up as it was, and it was discussed a couple of times with the citizens, most of the wording in the end is theirs and really, I think does convey that sense of urgency and desire for change and demand for change even I would say.” The process of  how the Citizens’ Assembly reached their recommendations is fascinating especially when you consider that it was done during the COVID pandemic.  How the mood of the assembly changed during the process was tracked by an independent researcher. They looked at the way people’s opinions evolved. “Because some came with strong opinions, some hadn’t ever really thought about the issue in the abstract, but as they developed a community sense together, and a feeling of when they got the information, and in particular, when they heard the personal stories of people who were suffering from lack of equality, then you could see the mood changing, and they became more clear in what they wanted.”

The messages to those in power are very clear and cover many aspects of gender equality including violence against women, representation of both genders on leadership boards and senior management of organisations especially those receiving public funding and crucially the area of care and childcare in particular.

“What struck them most of all was the extent to which the Irish state has contracted out the care to the private sector. Ireland on childcare is, in terms of EU and even OECD countries, way out there in terms of the percentage of childcare that is contracted to the private sector. What we have is something that costs a fortune to parents, whereas those who work in the sector are not well paid and don’t have career structures. So they’ve called very strongly for a move to to change that whole system.”

what we have is something that costs a fortune to parents, whereas those who work in the sector are not well paid and don’t have career structures

Dr Day says the citizens recognised how care and other areas where women generally work, is less well paid. ” whole sectors which are highly feminised, like teaching and health care are less well remunerated than sectors where you have a better gender balance. And that is no accident they felt.”

Increasing Quotas of Women In Leadership in Public and Private Bodies

According to Catherine Day it is hard to believe that actually women are in the majority of the population in Ireland especially when you see how poorly they are represented numerically in the dàil.

The topic of quotas was also discussed and forms part of the recommendations. “We do have quotas for the parties in national elections at the moment, but the citizens wanted to increase the quotas at the next election,  and they also want to have quotas for local elections, because most politicians, male and female come up through county councils and local politics. So to start much earlier, building the pool, and also to have more education, more information to tackle the abuse on social media that in particular female candidates are subjected to.”

The assembly recommended using financial drivers to bring about change faster. “They made recommendations that any body receiving public funding should have to have 40% gender balance by 2025. And it’s the words gender balance are used. Because if you have all female boards, then you should have some male representation. But mostly it will be to increase the number of women. They also want to have private companies obliged by legislation to have 40% balance.  That’s probably going to come as a European piece of legislation anyway, then also on sports, arts, media, cultural organisations, the same thing. They also want to have reporting on how boards are moving towards achieving the quotas.”

Even though violence against women was not part of the original remit for the assembly it became obvious that the issue was a live one for the assembly and is very relevant to all aspects of gender equality. “On domestic sexual and gender based violence, that wasn’t actually in the list of things the oireachtas asked us to look at. But we felt very quickly that we had to, because it’s an important part of gender equality. There are different recommendations. First of all, the citizens would like to see a cabinet minister responsible for implementing a national strategy to combat it. The issue of data is very important. They also wanted sufficient public beds, shelters and refuges for families trying to escape from domestic violence.”

There are several recommendations relating to the justice system, “because there’s so much evidence of a second trauma of having to go through a court case if people are brave enough to go to the guards and the courts.” She adds that they were  very specific on their  recommendations for supporting victims and survivors. “They cover things like specialist training for judges and lawyers on how to deal with such cases, tougher sentences and rehabilitation programmes for perpetrators and specialist health care. Having a victim survivors’ Commissioner to act as an independent advocate for the voice of victims and survivors”. In their open letter to the oireachtas there is a sentence in it that it says there is no place in our society for gender based violence. Just a short simple sentence, no excuses.”

Every member of the assembly brought their own life experience to the discussions and recommendations Catherine Day says. Having different age groups from different parts of the country part of the Citizens’s Assembly and from all genders, represented a very different Ireland to the one that existed when the state was formed and the current constitution was written. “If you think how much Ireland has changed in the last 20 years, and don’t forget, part of our work was focused on our Constitution, which was written in 1937, in a very different time, and a very different Ireland, and everybody has a lived experience of gender equality, or more likely inequality. So everybody brought that personal experience. I think a lot of people were quite taken aback to see where Ireland lags behind or is an outlier in some areas. And when they got the evidence, they said, well, why is it like this here?”

That sense of frustration and their call for ambitious not incremental change is evident throughout the report. Dr Day says that is particularly so when it comes to talking about constitutional change.  “This is the second citizens’ assembly to recommend changing article 41 of the Constitution, which we all talk about as, ‘the woman in the home clause’, and it still hasn’t happened.”

The Irish Citizen’s Assembly published its report and recommendations on Gender Equality in June 2021 and it is currently before the Oireachtas Joint Committee on Gender Equality where they will be talking to politicians about the assembly’s ambitious recommendations. The language in the report is simple and stark and it shows a representative group of citizens who are hungry for social change and who want make the country a fairer place for men and women.  It calls on the politicians of all parties to speed up the progress towards gender equality in Ireland.

Catherine Day has some terrific ‘Pearls of Wisdom’ to share and an optimistic ‘Go To Song’ choice. Enjoy the listen.

To keep abreast of the Citizens’ Assembly on Gender Equality and to read their Report and recommendations check out the website. 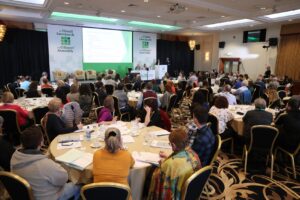 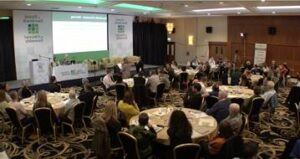 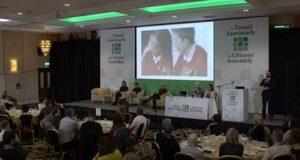 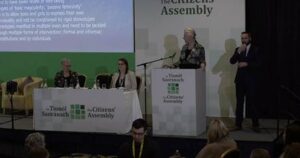