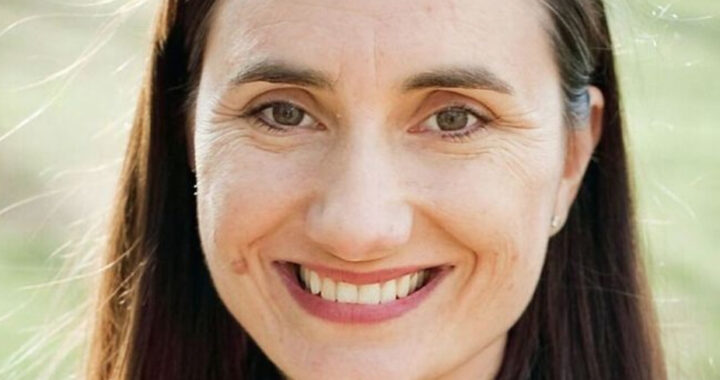 Susan Hunt Stevens is CEO of WeSpire a technology company that runs employee engagement campaigns using proven behavioural science techniques. Younger employees in particular she says are purpose driven and think about the ethics and integrity of the organisations they work for.

Environment Social and good Governance principles ESG not only matter to individual employees but also to organisations and to investors. Good management she says are also discovering that there are business opportunities in thinking sustainably and  considering the environment when it comes to business decisions.

“The ability to build new products to innovate, to think differently about how you do things in order to generate greater growth and greater profits happens when people started looking at environmental factors and sustainability factors. “There’s the risk lens, then the next lens was a cost savings lens, and organisations are thinking wow, if I can figure out how to reduce packaging, or I can figure out how to do this with less energy, or if I can figure I can save money. Companies have saved billions of dollars through a through an environmental strategy.”

Some of the clients WeSpire work with are building entire new businesses when they put ESG into action and they start looking through an ESG lens at what’s going on in their workforce and in their business and in their supply chain. “So an example is we had a company that when they were trying to hit a zero waste goal, recognise that a huge part of their waste stream were old tyres, and  it’s because they had a big automotive component to their business. And there just wasn’t the infrastructure to recycle tyres. So if they’re trying to hit a zero waste goal, and there’s no infrastructure to recycle tyres, how do you hit that goal? Well, what they decided was that there was an opportunity to start a business that not only helped them recycled tyres, but helped everybody in the regions in which they operated recycled tyres, and that’s now a business that’s growing exponentially because they became the only business that enabled large companies to recycle large quantities of tyres.”

Susan Hunt Stevens says leadership is not taught sufficiently in business schools. Her advice to younger people on learning to lead is to focus on good role models. “And if those people that are above and around you aren’t very good, you’re not going to be very good. And so one of my pieces of advice I always give young people is focus less on what you want to do and focus more on who you want to learn from.”

The Covid Effect on WFH Not Good For Women Generally

Where their WeSpire platform came into its own was in the early days of the Covid pandemic when there was a shift to working from home. “As people have come back into the workplace, and staff realised that not only was the work from home a One Time Crisis thing, but actually more effective than many expected, that employees wanted to have a hybrid work environment and that this might be permanent and a permanent dramatic shift, companies began saying, wow, we really need better tools to do this.”  They saw that companies they had always worked with generally forward looking companies who were kind of ahead of the curve and better able to adjust to working from home. “We saw a lot more mainstream companies recognising and moving faster. The analysts in our space, estimate that it probably took two years off the adoption curve.”

Contrary to a common belief Susan Hunt Stevens says COVID has not been good for women. “It just hasn’t. We’ve seen, at least here in the US, millions of women drop out of the workforce, because what they were being asked to do with schooling from home and all the safety issues around COVID. You know, getting vaccinated and lining up and you know, all those kinds of things. The mental overload, and the burnout that hit, disproportionately hit women, particularly women with young children. So COVID itself has not been great for women. That said, the learning that all companies have had about how effective people can be while working from home, and how valuable flexibility can be while working from home, and how agile people can be, you know, when they’re given an opportunity to.”

Show Up, Speak Up and Use Your Voice

Susan Hunt Stevens believes that women have to get used to speaking up and using their voices and that is one of her Pearls of Wisdom. “First and foremost is to speak up. You know, I think for a lot of different reasons, women hold back, they hold back their ideas, they hold back their opinions. They hold back their anger and frustration. And so the first thing is that the workplace really does disproportionately benefit those with a voice.  If you’re an introvert that makes it more really hard. But the more you speak up, starting by sharing your ideas, you know, and things like that, I think that is, is obviously a key to to success.”

Susan says we all have our own biases and we should be aware of them. “We don’t even realise sometimes how our biases are sexist in nature, that we were used to a culture that looks white, and we learned how to work in that culture. So we don’t want to change the way the culture looks because we’re comfortable in the way it looks. There’s some incredible research that shows for example, you can change the status quo by actually changing the status quo of hiring slates. So it doesn’t matter who the hiring manager is, if when you’re interviewing for a job, there are three men and one woman,  it’s the woman has 0% basically chance of getting hired according to the research just because the slate itself is unbalanced. Whereas the minute that slate has two women and two men, women have a 50% chance of getting hired. And if slate had three women and one man 67% I mean dramatic differences just by that. So what can you do as a female leader, is make sure that if the issue you’re trying to tackle, is an issue of racial representation, make sure that slate actually is 50 50. Because you’re more likely to then make a decision that changes the status quo. If there aren’t enough women, make sure the slate is 5050. If you don’t even realise if you don’t even have the right slate even as a as a woman, you’re not going to necessarily make a gender balanced hiring decision. It’s, it’s crazy, but we do it to ourselves.”