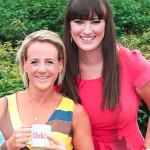 Women in Leadership’s Angie Mezzetti has been invited to appear as a panellist on TV3’s Midday. Angie will join Elaine Crowley along with Teena Gates, Mary Phelan and Barbara Scully to discuss the burning issues of the day. Topics include “would your marriage improve if you lived in separate homes” and a look back at what […]